My name is Christian, and I am an award-winning Musicians Institute graduate with my Associates degree in music performance for the drums. I began playing at age eleven at Hummingbird music camp in Jemez Springs New Mexico where I am originally from. I played in concert and orchestral bands in middle school and moved on to playing in my jazz band in high school for three years. I played in different bands with different styles of music during and after I graduated high school. My jazz instructor, Mr. Charles Faulkner informed me about the Musicians Institute and I decided to look into the school. I proceeded with the audition process and was accepted into the drum program for my Associates degree. I moved to Hollywood, California and began my studies with some of the greatest instructors in the music and entertainment industry. I learned many concepts about drumming such as reading rhythms, playing technique, contemporary drum concepts, Latin drumming, jazz drumming, bebop and beyond, James Brown drumming, double bass drumming, developing your groove, introduction to keyboards, harmony and theory, ear training, drum set soloing, studio drumming, digital drumming, rhythm section workshop, and how to practice. I also took many private lessons with instructors with exceptional experience in many fields. I performed in “Live Performance Workshops” where the students were graded on their performance of a certain style of song for that “LPW”. The LPW’s consisted of contemporary music such as funk, classic rock, metal, country, jazz, reggae, punk, K-pop, hip-hop, rap, fusion, Latin, blues, I love the 80’s, jam band coffee house and an LPW where you can perform your original song material and get graded on your style and musicality. I had a lot of friends from different countries and we were always learning from one another. I performed in multiple shows in the Hollywood and Los Angeles area with different types of bands. I’d also spend numerous hours in my practice lab trying to reach the same level as my instructors and friends and started feeling obsessed with practicing and learning. I struggled a lot in the beginning of my studies but soon improved and earned a lot of respect from my instructors after many lessons of their teachings. Upon graduation, the institute gives out three awards to three students of about one hundred and twenty to the student who is “Most Aspiring, Most Exceptional, and Most Improved.” I received the “Most Improved award and I could not believe that the entire faculty had to vote for the ones who they believed should receive an award. It truly was one of the greatest moments of my life and I will never forget the life-changing experience that the Musicians Institute has made on me and the impact of professionalism that my instructors and friends have made in my life. I had started teaching at the School of Rock in Albuquerque as well as doing private lessons and studio work for a producer friend of mine. I played in different bands and projects around New Mexico and after a few years, it was time for me to move on and search for more opportunities. I had moved to Houston, Texas and began working as a chef to help save money. I have now been teaching at the School of Rock and Cy-fair music and arts here in Houston and have had an amazing experience being able to pass down a lot of the knowledge that my instructors had done for me. My Mother and Grandmother were both teachers of different subjects and I believe it is also a major part of who I am also. I really love teaching and it’s important for me to pass down as much information about the percussive arts and music as possible. My goal is to help anyone of any age to help them pursue their dreams and give them positive feedback so they might be able to accomplish whatever they set their mind to. My favorite teaching method is to make the experience of learning exciting, fun and enjoyable! 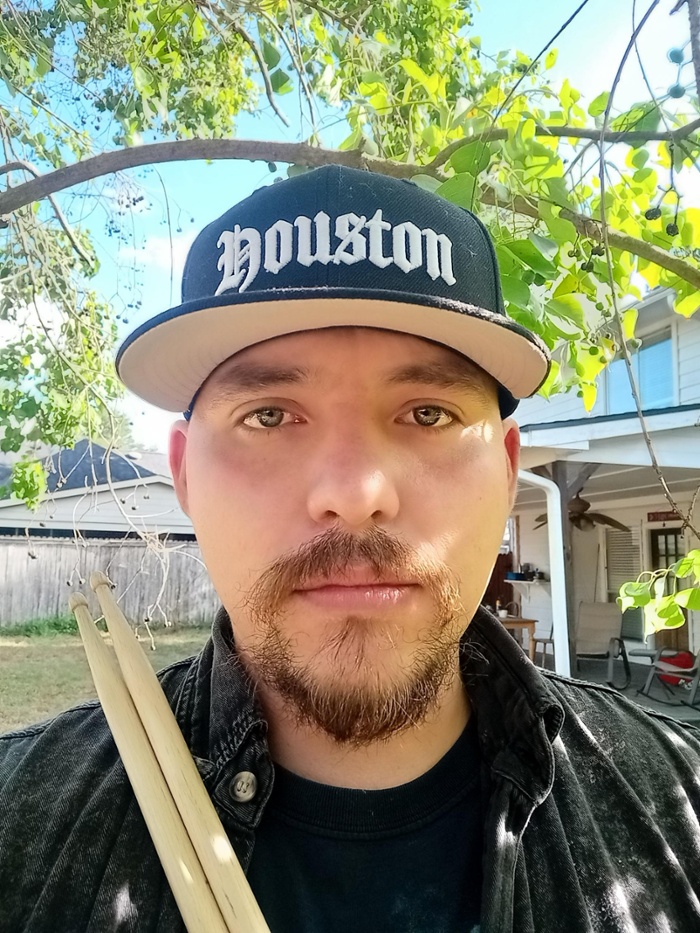