In the orchestral strings family, which consists of violin, viola, cello, and double bass, the cello occupies the tenor range. The cello (also known as violoncello) features 4 strings tuned in 5ths an octave below the viola range. It is typically made from a combination of different wood types. As with the violin and viola, the sound of the cello is produced by drawing the bow across the strings. However, unlike violin and viola, the cello is played in vertical (upright) position, using a body extension (tailpiece and end pin) to rest the instrument on the floor.

Where you can hear the cello

The cello is obviously an important part of the symphony orchestra, but beyond that, there is also a very large body of chamber music relying on the cello. Moreover, the beautifully expressive sound of the instrument has inspired much musical literature that spotlights the amazing sound and capabilities of the cello, including cello solo concertos by 19th and 20th-century composers.
Since the second half of the 20th century, the cello has also found a place in popular music. Famous examples of the 1970s include the music of Electric Light Orchestra and Pink Floyd. More recently, bands like Kronos Quartet, The Lumineers, and Nirvana, among many others, embrace the cello’s wonderful sounds.

History of the Cello

Like violin and viola, the cello originated in 16th-century Italy. In the 1700s it began to spread to other northern European countries, and its size became standardized. 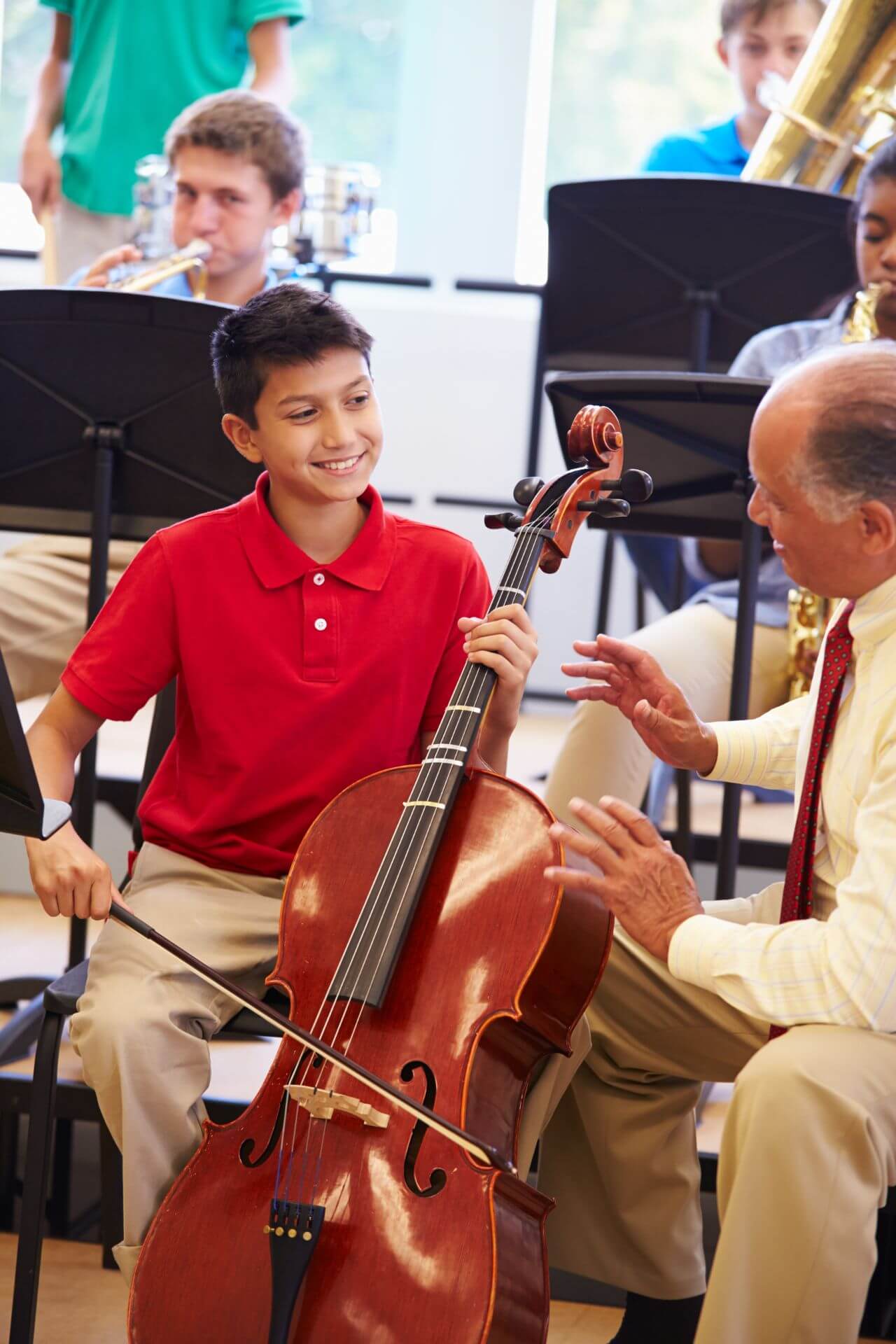 Check out the Cello Lesson Program across our two Houston area Locations.

Looking for "Cello Lessons near me"?